Ghalegaun is a prominent panoramic tourist attraction in Lamjung District, at an altitude of 2,100 meters above sea level. It also is regarded as Asia's tourism model village. It is located in Nepal's Kwholasothar rural Municipality. The settlement is about 108 kilometers northwest of Kathmandu and 12.5 kilometers northeast of Pokhara in Nepal. The Annapurna Circuit surrounds the lovely tourist village.

Ghale Gaun, a perfectly clean tiny village of around 95 residences situated at an altitude of 2029m, in amongst the shade of breathtaking mountain ranges such as Machhapuchhre, Lamjung Himal, Himalchuli, Annapurna II, Annapurna IV, Annapurna I, and other small peaks of the Annapurna region, is one of Nepal's newest yet best trekking destinations. The Annapurna Ghale Gaon Trek showcases the outstanding visual splendor of western Nepal while also learning about the untouched ethnic lifestyle and culture of the Gurung inhabitants. Aside from experiencing traditional village life, the community is also well-known among honey hunters, especially in winter.

Traditional Gurung rituals are still observed during events such as births, deaths, weddings, and other significant occasions in Ghalegaun and Ghanpokhara, which are both typical Gurung villages. Villagers still dress traditionally and perform traditional cultural dances such as the Jhyaure, Serka, Dohori, Ghantu, Krishna Charitra, and Jhakri on various occasions, accompanied by various musical instruments.

Overview of the Ghale gaun trek

Ghale Gaun Trekking & Ghana Pokhara are attractive settlements with spectacular views of mountains and famed for Gorkha troops mainly Gurung settlements. They are located at the base of Lamjung Himal in the north of central Nepal. Hale Gaun is a one-of-a-kind ethnic cultural hamlet in Nepal that promotes village tourism and practices community-based hospitality. 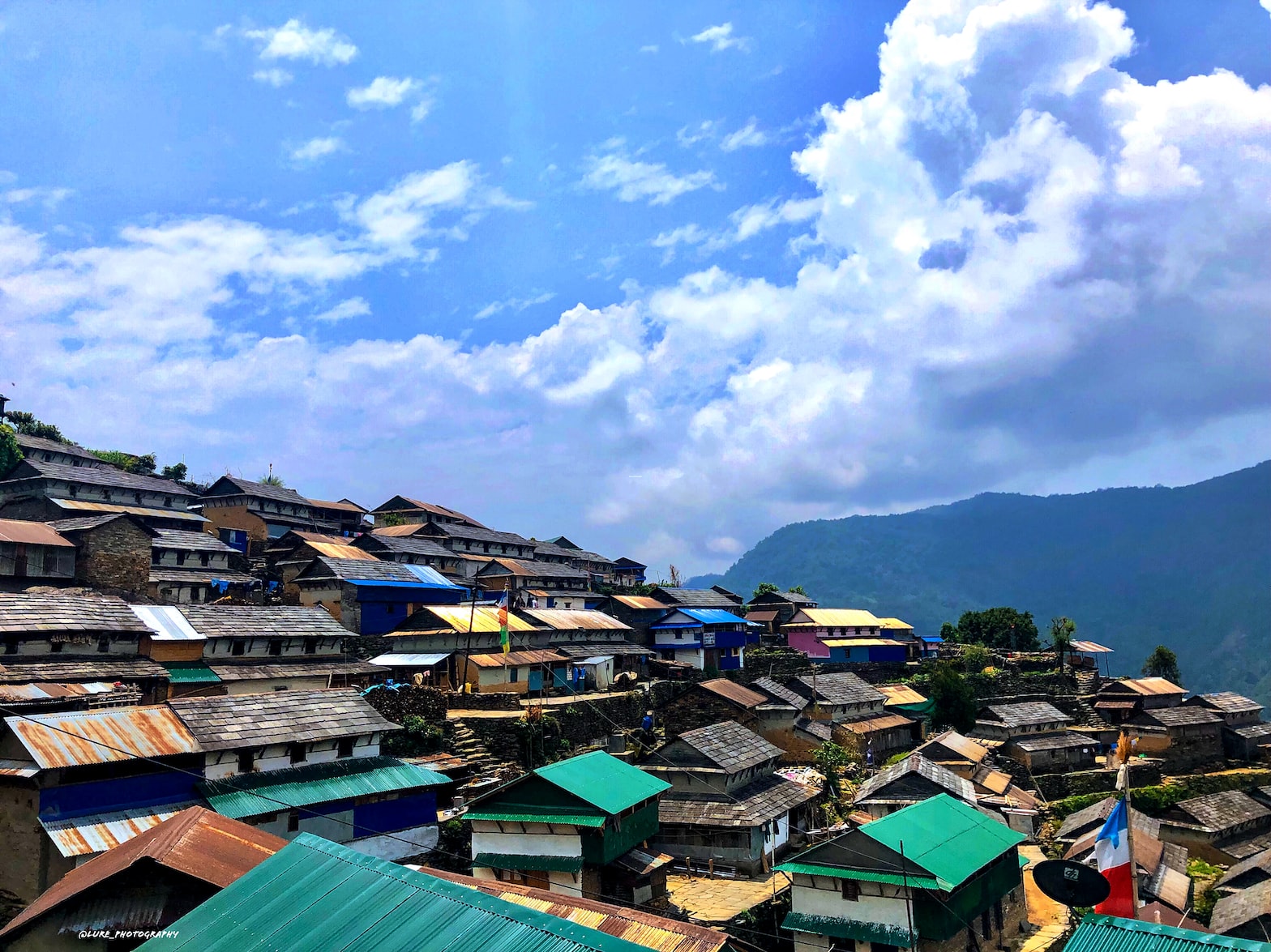 Treasury of a unique history and culture Ghale Gaun is a true capsule of breathtaking natural beauty combined with an untouched artistic lifestyle. The Ghale Gaun hike is the greatest way to learn about the Gurung people's distinctive way of life while enjoying breathtaking vistas of snow-capped mountains. This trek originates in the Annapurna region.

Ghalegaun, situated at the base of the Lamjung Himal in northern Nepal, is an unique unspoiled village blessed with unrivaled scenic beauty and home to nation Gurkha soldiers—the Gurungs. A distinctive ethnic culture's repository Ghalegaun is a true microcosm of breathtaking natural beauty combined with a traditional ethnic way of life.

Highlights of the Ghale Gaun trek

After a 6-7-hour drive from Kathmandu, Ghale gaun hiking begins at Beshishar. The walk follows a flat path that crosses the Marsyandi, Khudi, and Midim rivers, passing through rhododendrons in bloom and singing birds and wild insects.

You'll reach Ghanapokhara Village, which is located north of Lamjung district at an elevation of 2100 meters. Gurungs make up the majority of the population in this area. Mountains, rivers, streams, waterfalls, and woodland surround the hamlet.

The trek concludes in Begnastal, a little town near Pokhara Valley. Trekking at Ghalegaun can be done at any time of year. The optimum months for this trek are September to November and March to April. The spring months of April and March will provide you with the opportunity to see fully blossomed Rhododendron woods.

Difficulty of the Ghlegaun Trek

The hike is deemed easy and does not necessitate considerable physical power or climbing expertise. The highest point reached was 2100 meters. The walk is only one day long. The walk is relaxing and beautiful. This hike is simple enough for anyone to attempt. In fact, this is an excellent location for a family walk.

Hiking is feasible in Nepal if at moment of year. Autumn and spring are the best times to go trekking in Nepal. Each season does have its own different character. Autumn period runs from September to November, while Spring season lasts from March to May. Almost all of Nepal's areas are accessible during these two seasons.

During the spring season, Nepal has a pleasant climate. The hills will be covered in rhododendrons, orchids, and other flowering plants. Autumn is the most gorgeous season in Nepal. The weather is warm even in the highlands. The days will be clear, giving for the best mountain views. These two seasons are perfect for people from all across the country.

Cost of the Ghale gaun trek in Nepal

For Nepalese travelers, there are few variables that lower the expense of the Ghale Gaun trip. Taking a tourist or local bus is also a low-cost option. Foreigners pay more for air travel in Nepal than Nepalese do. The airfare is almost half of what it is for international travelers.

For foreign visitors, the average estimated cost of this climb is around $800 per person.

Down is the detailed itinerary for your 5 days trek of Ghale Gaun.

Our guide will pick you up in our own vehicle in the morning and drive you to Besisahar along the highway that follows the Trisuli River. After crossing the Trisuli River in Muglin, we follow the Marshyangdi River to Besisahar, Lamjung's district headquarters, passing through various Gurung and Magar villages. We arrive in Khudi after another one-hour trip.

Lets continue our journey by walking along the riverbank to the northwest of Khudi. After we continue walking, we will pass through farmlands, Gurung and Magar communities, forest, and numerous waterfalls. The traditional houses built by the Gurung community of Ghalegaun village will greet you after a short climb up.

We have a free day today. Following breakfast, we visit Ghana Pokhara, a big Gurung community. We will get the opportunity to enjoy the picturesque splendor of the river valley that surrounds this settlement. The valley offers spectacular views of the Annapurna and Manaslu ranges, especially after sunset.

We leave GhanPokhara early in the morning and travel to Khudi village, our next stop. We'll see a stunning waterfall and a cave in addition to today's path. When you get at Khudi, take a tour about the town and take in the sights.

From Khudi, you'll begin your journey to Kathmandu in a private vehicle. You can stop along the road to take in the scenery before arriving in Kathmandu. When you arrive in Kathmandu, you will be driven to a hotel in Thamel, where you can have a stroll about the city and take in the sights of the touristic hub if time permits.

Conclusion of the Ghalegaun Trek

Ghalegaun cultural trekking allows you to have a closer look at Gurung culture, tradition, and hospitality, as well as their way of life. This Nepalese town is also known for producing fascinating handicrafts and utensils. The Gahlegaun hiking trail also provides a great opportunity to see rivers, waterfalls, a rhododendron forest with chattering birds and insects, and a few other small villages along the way. The hike is simple, requires no prior expertise, and is good for both children and the elderly.

The adventure takes place in an ecosystem that has not been disturbed. Because the region was only recently opened for recreation, the walk is less traveled, allowing you to see nature in its most natural state. Modernization hasn't affected the area. Everything is built in the traditional manner, from the places where you will spend the night to the places where you will eat. 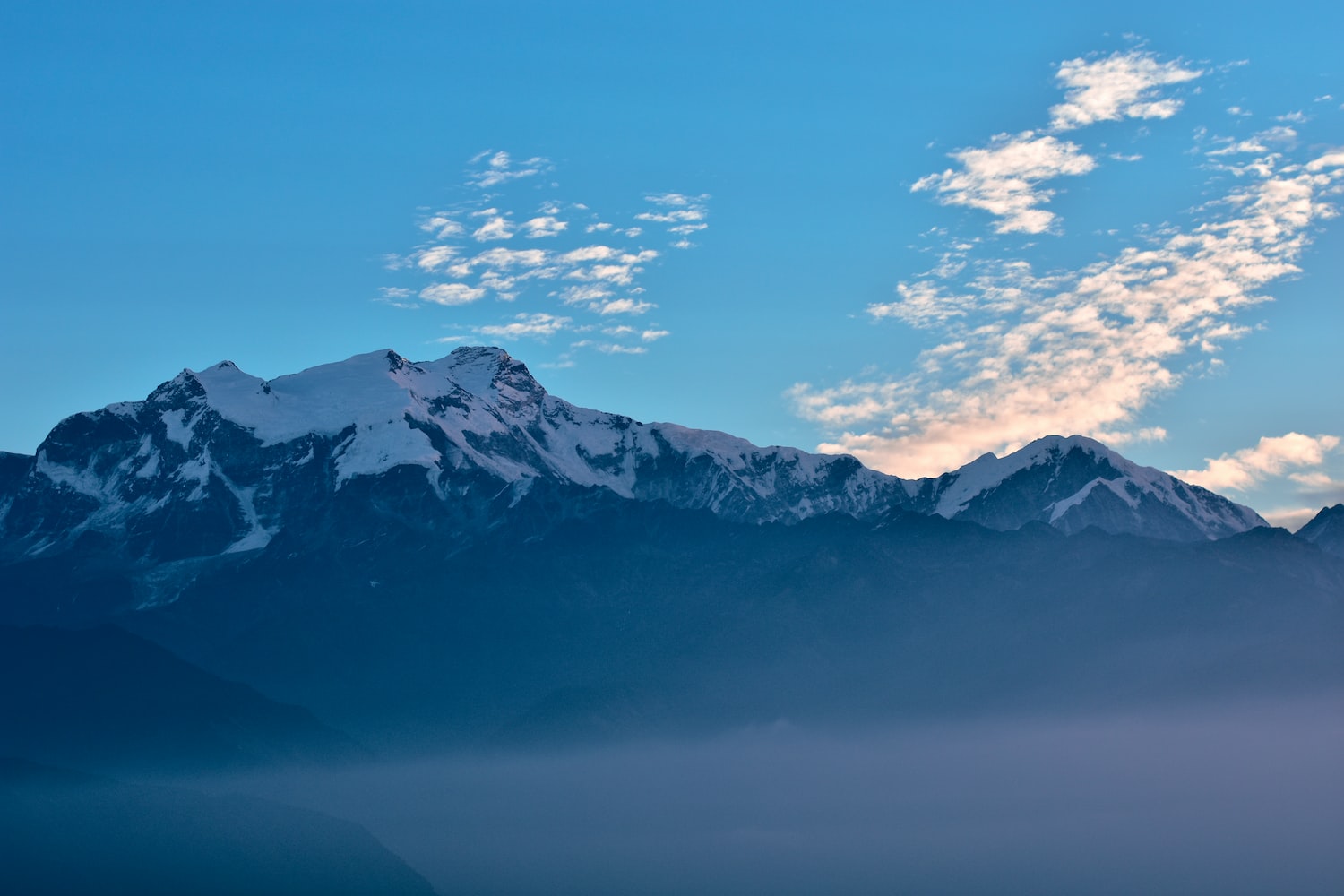 Warm garlands and tika, music with a dance performance, and traditional farewell songs when guests depart. We believe that visiting this one-of-a-kind site will deliver a great vacation while also allowing us to view Nepal's rural landscape.

The Ghale Gaun (village) trip introduces you to the numerous and different people that live in Nepal's hilly regions, as well as magnificent views of Nepal's mountain ranges from both the road and the village itself. Of course, it provides you with a once-in-a-lifetime experience that you will never forget. It eventually becomes one of your life's stories that you can share with your friends and family.

We hope you will be inspired to visit and experience the country in the same way that you did.